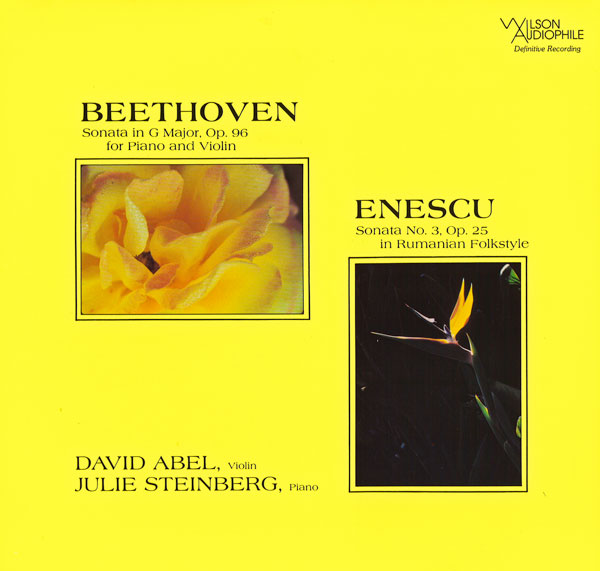 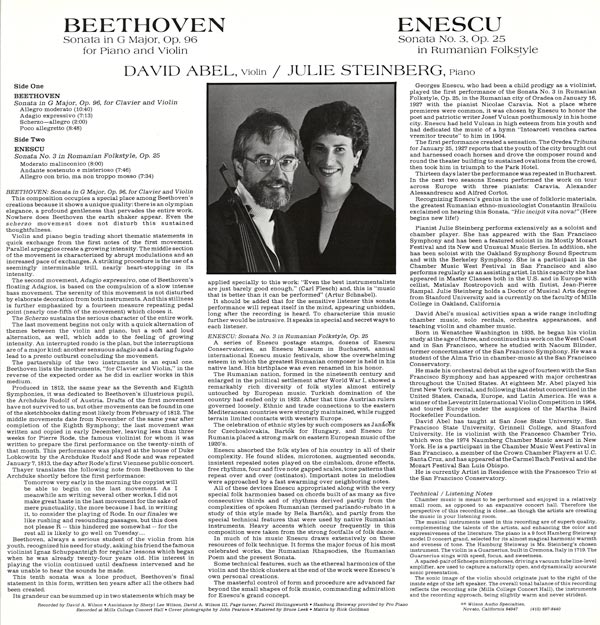 Violin and piano begin trading short thematic statements in quick exchange from the first notes of the first movement. Parallel arpeggios create a growing intensity. The middle section of the movement is characterized by abrupt modulations and an increased pace of exchanges. A striking procedure is the use of a seemingly interminable trill, nearly heart­stopping in its intensity.

The second movement, Adagio expressivo, one of Beethoven’s floating Adagios, is based on the compulsion of a slow intense bass movement. The serenity of this movement is not disturbed by elaborate decoration from both instruments. And this stillness is further emphasized by a fourteen measure repeating pedal point (nearly one fifth of the movement) which closes it. The Scherzo sustains the serious character of the entire work. The last movement begins not only with a quick alternation of themes between the violin and piano, but a soft and loud alternation, as well, which adds to the feeling of growing intensity. An interrupted rondo is the plan, but the interruptions are of a major kind: another sensuous adagio and a daring fugato lead to a presto outburst concluding the movement.
Your experience on this site will be improved by allowing cookies.