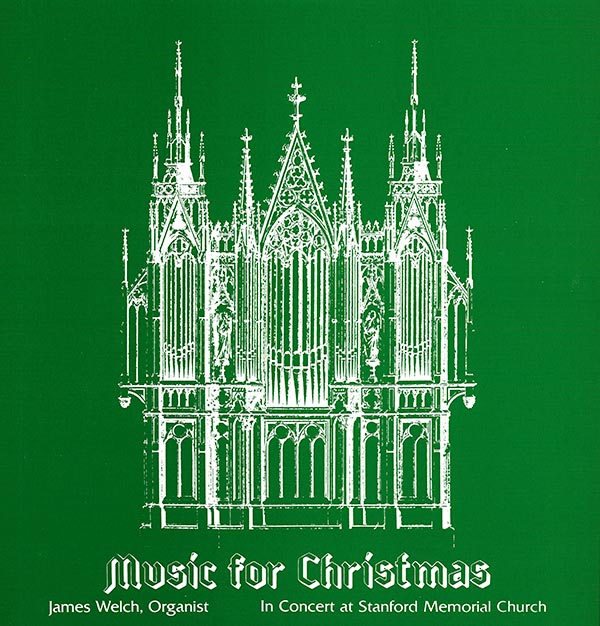 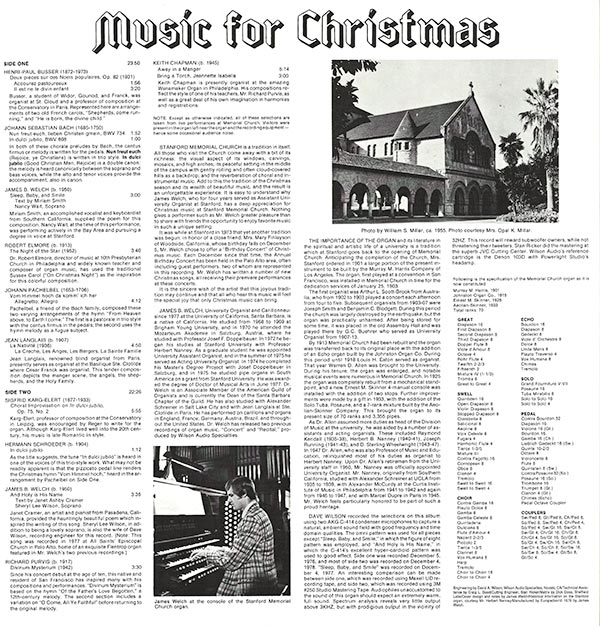 Acoustic Sounds Formats: dsd, flac
Native DSD Formats: dsd
Pro Studio Masters Formats: dsd, flac, aiff
e-Onkyo Music Formats: flac, wav
HD Tracks Formats: flac, alac, aiff, wav
Presto Classical Formats: flac, mp3
Qobuz Formats: flac, alac, wma
iTunes Formats: aac
Amazon Formats: mp3
Stanford Memorial Church is a tradition in itself. All those who visit the Church come away with a bit of its richness: the visual aspect of its windows, carvings, mosaics, and high arches; its peaceful setting in the middle of the campus with gentiy rolling and often cloud—covered hills as a backdrop; and the reverberation of choral and instrumental music. Add to this the tradition of the Christmas season and its wealth of beautiful music, and the result is an unforgettable experience It is easy to understand why James Welch, who for four years served as Assistant University Organist at Stanford, has a deep appreciation for Christmas music at Stanford Memorial Church. Nothing gives a performer such as Mr Welch greater pleasure than to share with friends the opportunity to enjoy favorite music in such a unique setting.

It was while at Stanford in 1973 that yet another tradition was begun: in honor of a close friend, Mrs. Mary Finlayson of Woodside, California, whose birthday falls on December 5. Mr. Welch chose to offer a "Birthday Concert" of Christmas music. Each December since that time, the Annual Birthday Concert has been held in the Palo Alto area, often including guest performers, two of are represented in this recording. Mr. Welch has written a number of new Christmas songs, all receiving their premiere performances at these concerts.
Your experience on this site will be improved by allowing cookies.