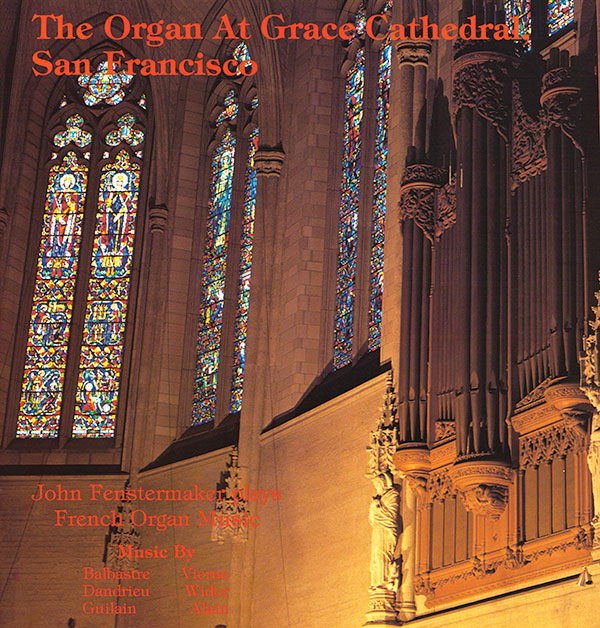 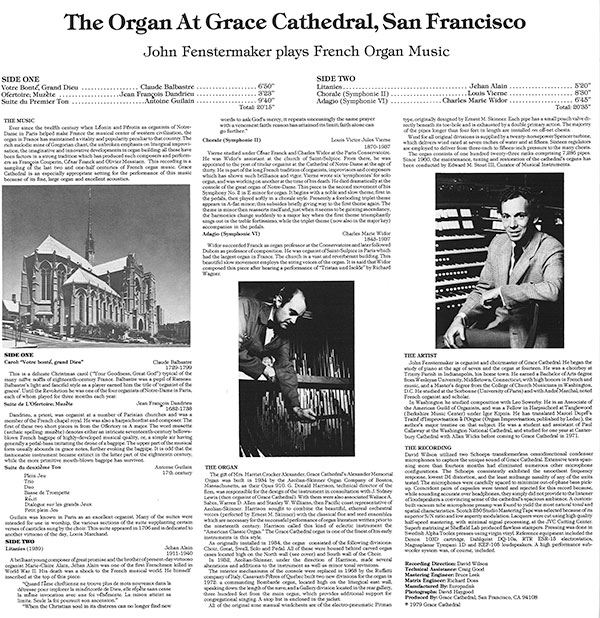 Acoustic Sounds Formats: dsd, flac
Native DSD Formats: dsd
HighRes Audio Formats: dsd, flac
Pro Studio Masters Formats: dsd, flac, aiff
e-Onkyo Music Formats: flac, wav
HD Tracks Formats: flac, alac, aiff, wav
Presto Classical Formats: flac, mp3
Qobuz Formats: flac, alac, wma
iTunes Formats: aac
Amazon Formats: mp3
Ever since the century when Léonin and Perotin as organists of Notre Dame in Pan's helped make France the musical center of western civilization, the organ in France has maintained a vitality and popularity peculiar to that country. The rich melodic mine of Gregorian chant the unbroken emphasis on liturgical improvisation, the imaginative and innovative developments in organ building: all these have been factors in a strong tradition which has produced such composers and performers as Francois Couperin, Cesar Franck and Olivier Messiaen. This recording is a sampling of the last two and one-half centuries of French organ music. Grace Cathedral is an especially appropriate setting for the performance of this music because of its fine, large organ and excellent acoustics.

The gift of Mrs Harriet Crocker Alexander. Grace Cathedral’s Alexander Memorial Organ was built in 1934 by the Aeolian-Skinner Organ Company of Boston, Massachusetts. as their Opus 910. G. Donald Harrison, technical director of the was responsible for the design of the instrument in consultation with J. Sidney Lewis (then organist of Grace Cathedral). With them were also associated Wallace A. Sabin, Warren D. Allen and Stanley W. Williams, then Pacific coast representative of Aeolian-Skinner. Harrison sought to combine the beautiful, ethereal orchestral voices (perfected by Ernest M. Skinner) with the classical flute and reed ensembles which are necessary for the successful performance of organ literature written prior to the nineteenth century. Harrison called this kind of eclectic instrument the "American Classic Organ." The Grace Cathedral organ is one of the finest of his early instruments in this style.
Your experience on this site will be improved by allowing cookies.