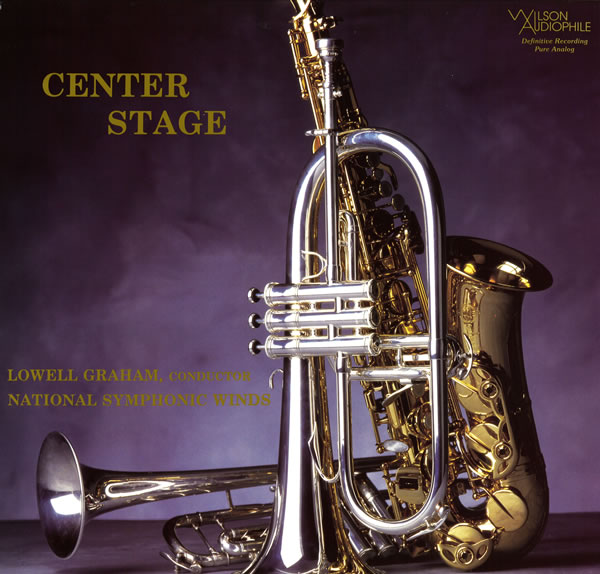 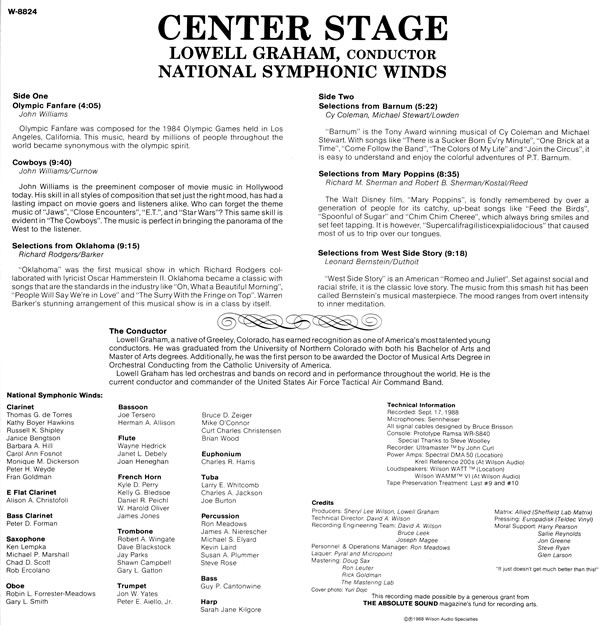 “Olympic Fanfare” was composed for the 1984 Olympic Games held in Los Angeles, California. This music, heard by millions of people throughout the world became synonymous with the olympic spirit.

John Williams is the preeminent composer of movie music in Hollywood today. His skill in all styles of composition that set just the right mood, has had a lasting impact on movie goers and listeners alike. Who can forget the theme music of “Jaws”, “Close Encounters”, “E.T.", and “Star Wars”? This same skill is evident in "The Cowboys". The music is perfect in bringing the panorama of the West to the listener.

“Oklahoma” was the first musical show in which Richard Rodgers collaborated with lyricist Oscar Hammerstein II. Oklahoma became a classic with songs that are the standards in the industry like “Oh, What a Beautiful Morning", “People Will Say We’re in Love" and “The Surry With the Fringe on Top“. Warren Barker's stunning arrangement of this musical show is in a class by itself.

“Barnum” is the Tony Award winning musical of Cy Coleman and Michael Stewart. With songs like “There is a Sucker Born Ev'ry Minute”, “One Brick at a Time", “Come Follow the Band”, “The Colors of My Life" and “Join the Circus", it is easy to understand and enjoy the colorful adventures of P.T. Barnum.

The Walt Disney film, “Mary Poppins", is fondly remembered by over a generation of people for its catchy, up-beat songs like “Feed the Birds", “Spoonful of Sugar" and “Chim Chim Cheree”, which always bring smiles and set feet tapping. It is however, “Supercalifragilisticexpialidocious" that caused most of us to trip over our tongues.

“West Side Story” is an American “Romeo and Juliet”. Set against social and racial strife, it is the classic love story. The music from this smash hit has been called Bernstein's musical masterpiece. The mood ranges from overt intensity to inner meditation.

Lowell Graham, a native of Greeley, Colorado, has earned recognition as one of America’s most talented young conductors. He was graduated from the University of Northern Colorado with both his Bachelor of Arts and Master of Arts degrees. Additionally, he was the first person to be awarded the Doctor of Musical Arts Degree in Orchestral Conducting from the Catholic University of America.

Lowell Graham has led orchestras and bands on record and in performance throughout the world. He is the current conductor and commander of the United States Air Force Tactical Air Command Band.